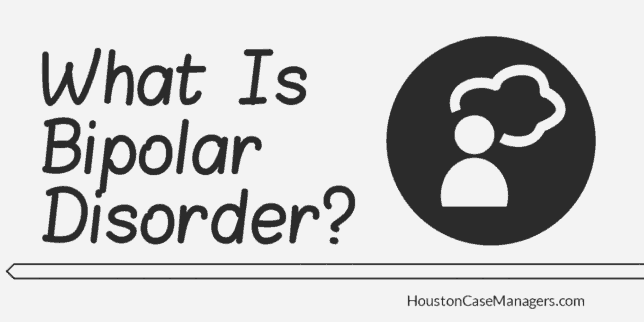 What Is Bipolar Disorder?

In this article we will talk about the mental health condition called bipolar disorder.  We will discuss the difference between manic and depressive states and we’ll let you know where to find psychiatric help in Houston.

What Is Bipolar Disorder?

This is the mental condition marked by alternating periods of elation (mania) and depression.

Bipolar disorder has gone through a number of official and unofficial name changes.

In the past individuals who showed signs of bipolar were simply thought to be “moody”.  Later, the diagnosis was called manic-depression.  While some still use the term “manic-depression, most professionals today refer to the condition as “bipolar disorder”.

The two major phases of bipolar disorder; mania and depression.

During manic states, an individual might be more energetic, active,  talkative or prone to take risks than usual.

Mania is divided into two different categories. Those categories are hypomania and full-blown mania.

Hypomania is a state of intense energy and heightened productivity. Those who never advance beyond this point in bipolar disorder can be great salesmen or high-powered businessmen. The issue is often times full-blown mania comes next.

During a manic state, it is difficult for the individual understand the consequences of their actions. This can result in the individual blowing through $100s or $1000s of dollars. People with bipolar disorder who are  on a manic high, can become overly generous and give away things that they highly treasure or cannot afford to give away.

Individuals with bipolar disorder sometimes partake in risky sexual behavior.  A few hours in a manic state can lead to unwanted results such as accidental pregnancies, disease, or damage to relationships.

The manic phase also has the potential to lead to psychosis. Bizarre thoughts,  delusions, or hallucinations can accompany psychosis. These are dangerous times for individuals with bipolar because it becomes difficult for them to guard against hazards in their environments since they are no longer aware of what is real and what isn’t.

Usually with mania, eventually there comes depression. The person with bipolar disorder may retreat into seclusion, may even go to bed for days. Sleeping, appetite, and energy level will all be effected.

Manic or depressive phases can last weeks or even months.

The gravest danger for the person with bipolar disorder is suicide. While any threat should be take seriously, pay close attention to a loved one in a depressive state.

Individuals with bipolar disorder sometimes cope with their condition by abusing drugs or alcohol.  Dual Diagnosis is the term that describes someone with mental illness who also is abusing drugs.

Dual Diagnosis occurs especially in adults and teenagers. These addictions further complicate both the diagnosis and treatment of bipolar disorder. However, it seems to go along with the disease in many instances.

People with bipolar disorder have a wide variety of problems to manage. The reason for optimism is that many have found ways, through medication, therapy, routines, and other methods, to have some degree of control.

People have been having problems such as these for centuries. It is just in modern times that there has been adequate help for the condition. The name for bipolar disorder is newer than the disease, but whatever you call it, its effects can range from the difficult to the deadly. Treatment can be crucial.

Should you need help for bipolar disorder, seek out psychiatric help. Our guide titled Low Cost Psychiatric Clinics In Houston will help you to find the help you need no matter your income or lack of health insurance.

If you have questions about psychiatric services in Houston, simply leave a comment for us below and we will point you in the right direction. 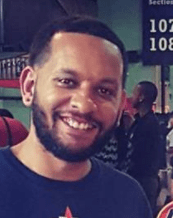 Nick Bryant is a Counselor with 11 years of experience working in community health. He enjoys concerts, walks with the doggo and wife, mocking Dallas Cowboy fans, and sharing community resources. Jump on the Houston Case Managers email list to receive weekly community resource guides delivered directly to your inbox.